If you cannot find the answers to your questions, please send us an email to info@regates.ca or call us at 450 371-6144.
If you have any questions about disabled access, please contact us.

What is an hydroplane?

No dictionary defines the word hydroplane.

Here is our definition: Hydroplane [idroplan] n. - A single-seat carbon hull with two pontoons and a safety capsule. It is propelled out of the water by a propeller, which is powered by a powerful 468 cubic inch supercharged engine in Grand Prix class.

In addition to this definition, there is a top speed of up to 225 km/h, mandatory left turns, frequent skids, risk of collision, sometimes zero visibility, and no braking system. Extreme sensations guaranteed, reflexes and judgment optional.

A hydroplane is an airplane with its wings removed. At high speed, the air enters the free space between the two pontoons - the tunnel - and lifts the boat. Only the propeller and the two pontoons are in contact with the water.

What are the dates of the event?

Where will the races take place?

The races will take place at Bourcier Park, located at 50 Bourcier Street in Beauharnois.

What are the opening hours of the site?

The site will be accessible from 9am to 4pm.

How can I reach you?

Is there a minimum age to come to the races alone?

No, but children 12 and under must be accompanied by an adult to access the site.

If it rains, are the races cancelled?

Races are only cancelled in the event of deluge or storm.

What health standards will be in place?

We will comply with the requirements of Public Health. So we are waiting for those guidelines.

What is the price of the tickets?

Where can I get tickets?

Tickets for shopping and parking can only be purchased online at www.regatesbeauharnois.com or in person at the Valspec box office.

How many tickets can I reserve?

You can purchase up to 8 tickets on a single invoice.

Can I get tickets at the door?

No tickets will be sold on site.

Is admission free for children?

Admission is free for children 12 and under.

As written on your electronic ticket, it is invalid upon sworn complaint to the local police department that it has been stolen. The holder of this ticket assumes all responsibility for the risks and hazards that may arise from this activity and waives all claims for loss or damage from any cause whatsoever suffered by the holder, whether before, during or after the attraction. In the event of cancellation of the event for which no other date has been selected, your ticket may be refunded according to the terms and conditions indicated by the event organizer and Valspec.

Your ticket is valid only once: your ticket has a barcode that will be checked with a reader to ensure that each ticket is presented only once.

Can I choose my location to watch the races?

Yes, once in the grandstand area, you can choose your location to watch the races.

Can I bring my chair?

Can I bring my cooler and drinks?

It is possible to bring food in a cooler, but it is forbidden to bring alcoholic drinks on the site.

Will there be bars and food concessions on site?

Yes, bars and food concessions will be on site to serve you.

Can I withdraw money on site?

There will be no ATMs to withdraw money on site.

Will there be toilets?

Yes, chemical toilets will be available in each area.

Will there be paid parking? 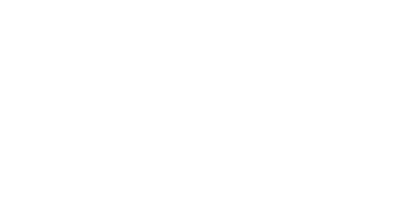